Perchance Theatre at Cupids
THE POWER OF CONNECTION
While engaging and rehearsing professional artists that were new to Perchance Theatre for our pandemic monologue project The Power of One it became apparent that not all artists have the foundation or the history with questioning the text to deeply understand the words. This power of the words that form the core of Perchance was foreign, but ravenously devoured by all of The Power of One actors.

Engaging with these actors across the province made Perchance realize that not every performer has this one-on-one opportunity to develop skills that are honed during a season at out summer theatre festival. Thus, The Power of Connection was born. The Emergency Community Support Fund provided the resources over 2020-21 to ‘hire’ twelve aspiring actors from rural areas to receive national level training over a paid four-week program of individual sessions. This top tier professional development and insider information of the stage and screen industry in the province will give these artists a leg up when pursuing future projects.

The twelve artists came from all stages of their careers. The group spanned from full time musicians and theatre artists, theatre students at the high school and university levels, adults who have fallen away from the arts because of lack of opportunity and aspiring directors and producers. Each participant had a twelve (12) hour program geared directly to their individual development goals. Many wanted to expand their knowledge of auditioning for the camera in an effort to break in to the burgeoning film industry or there was also an LGBTQ2S+ individual who has written a play that he wants to market and tour. All of these needs were met and connections made within the industry.

There were also older artists who wanted to hone their skills to audition across the country or improve their stage presence.

The 'auditioning for film' participants were able to use professional industry tools giving them the opportunity to see themselves on camera, overcome nervousness and become familiar with casting agent direction.

While our participants learned new skills, we were able to pay 12 artists plus a Stage Manager from all stages of career in all walks of life across our entire province. These contract fees have not just helped financially in this terrible economic time, but holistically. The arts are a calling. Artists without work are pining because their work is what nourishes them; not just financially but spiritually.

Ultimately eleven(11) participants completed the course and are excited about new opportunities and look forward to more training in the future.

Our auditioning for film group were delighted to have a two hour zoom session with professional stage and screen actor Krystin Pellerin. Krystin is best known for her roles as Lady Macbeth on the Stratford stage to her starring role on CBC’s Republic of Doyle. She was able to give firsthand knowledge of navigating both types of auditions, the expectations, the environment, the protocols, the language used and in this era of #metoo, navigating the industry as a woman. (all participants in this particular session were young women) This group was able to ask questions and be better prepared to recognize pitfalls and unethical/unacceptable behaviour on sets.

One individual preparing a tour was given one on one time with Patrick Foran, Artistic Producer from Artistic Fraud Theatre Company that is highly respected within the industry. Artistic Fraud has had a number of successful national tours in their history. Our participant was able to show his work on his tour package and gain valuable inside knowledge and contacts on the touring circuit.

We look forward to offering this program again in the near future. 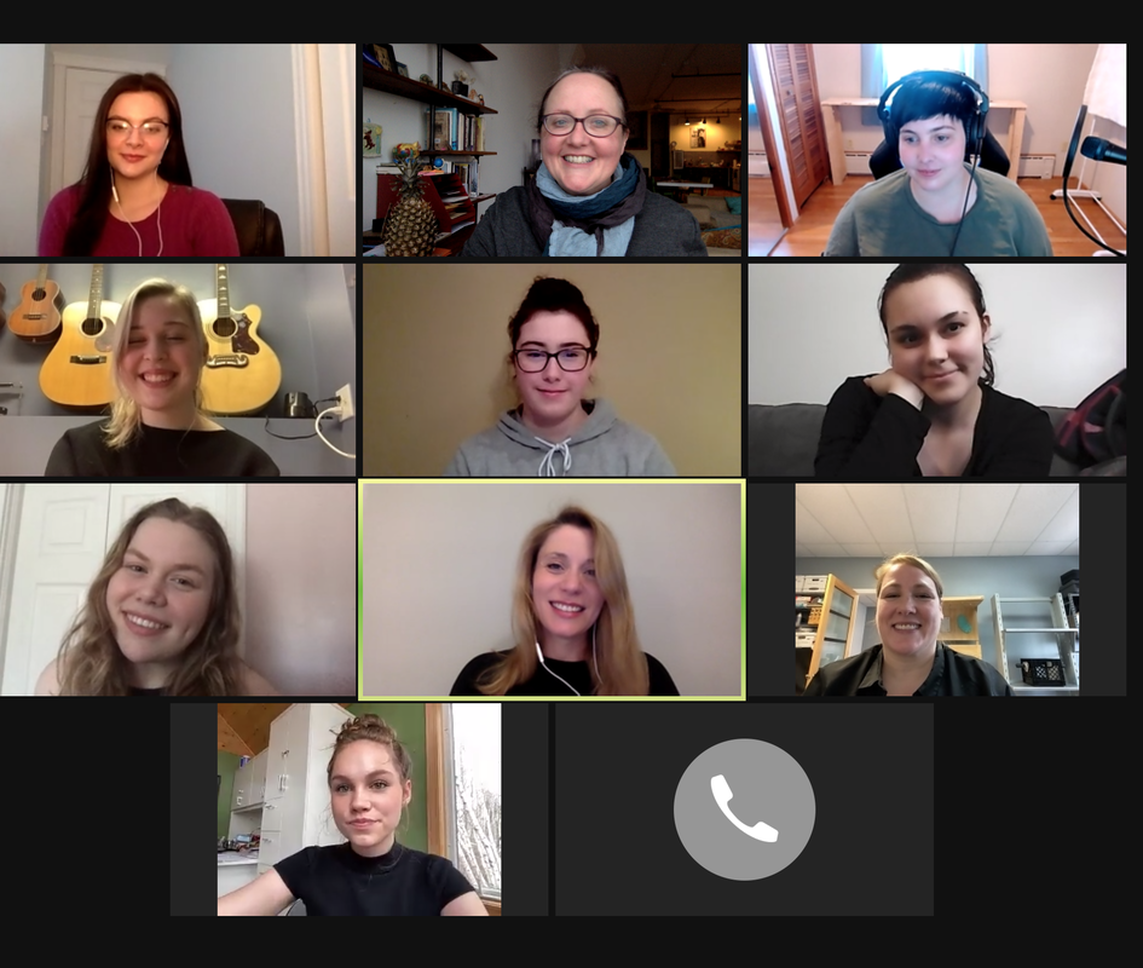