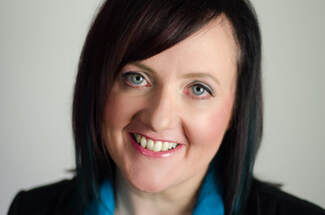 Danielle Irvine is a proud Newfoundlander who has had to travel a lot for her work. Highlights of her career include teaching at the National Theatre School of Canada; Assistant Directing at the Stratford Festival of Canada (including being the first director to study in their Birmingham Conservatory); and winning such awards as the Canada Council for the Arts prestigious John Hirsch Prize for Directing, the ArtsNL BMO Artist of the Year, and the ArtsNL Artist’s Achievement Award 2019.  Danielle was also a participant in the World Stage Festival 2000’s Master Class for Directors; where she was honoured to study with such theatre greats as Peter Brook, Yoshi Oida and Polly Teale.  In the fall of 2016, she was invited to participate in the inaugural Stratford Festival’s International Classical Directing Intensive. For over 25 years, she has been directing theatrical productions of all sizes and types in all manner of venues. Her love and passion for Newfoundland culture combined with her theatre training inspired Danielle to co-develop a show with Anna Stassis which brought audiences through a theatrical experience on a bus, a ferry, around Bell Island and culminated 650 feet underground in a mine.  This was listed by the Professional Association of Canadian Theatres as a Landmark Theatrical Event in 1997. She has also been a key note speaker and workshop leader at various conferences over the years and is also a casting director for television and film. Credits include:  CBC’s Republic of Doyle; the Netflix series, Frontier; the CBC Series, LittleDog; the CBC mini-series, Caught; the Citytv Series, Hudson and Rex; and the feature film, Maudie. Recently, she has been nominated for a YWCA Woman of Distinction for Arts and Culture Award and a Canadian Screen Award for Excellence in Casting for Frontier. Since 2014, Danielle has been bringing her love of Newfoundland culture and community, together with her passion for Shakespeare and other timeless theatre in her role as the Artistic Director of Perchance Theatre at Cupids.  She hopes you enjoy this most precious return to live performance.  ​
Todd Hennessey
Director: As You Like It
Lois Brown
Director: Our Eliza
Megan Gail Coles
Playwright: Our Eliza
Alison Helmer
Set Designer: As You Like It, Hamlet
Tucker Ellis
Costume Designer: As You Like It, Hamlet
Connie Walsh
Costume Designer: Our Eliza
Barry Buckle
Costume Design Assistant
Ryan Wilcox
Sound Design: As You Like It, Hamlet
George Robertson
Sound Design: Our Eliza
Azal Dosanjh
Assistant Director: Hamlet
Plan Your Visit